On stage, senior Sierra Neudeck is at the center of everyone’s attention. Despite being small in stature, her presence confidently fills up the dance floor. Her intense facial expressions, precise movements, and impeccable rhythm help her to stand out in any dancing setting. Even in a casually organized senior dance-off in the gym, she gives her all, somehow making the win look effortless.

Neudeck has acquired a large social media presence through her talent, with nearly 60,000 Instagram followers and over 220,000 subscribers on YouTube. With that kind of spotlight, it might seem all too easy for her to get caught up in the persona she assumes while performing.

But off the stage, Neudeck reveals that she is actually very humble. With a quick smile and a shy laugh when she thinks she’s taking too long to think about a question, she admits that she was once too timid to consider pursuing a career in the entertainment industry.

Neudeck’s parents put her in ballet at three years old as a way to push her out of her shell, where she eventually switched to hip hop to keep up with more modern tastes. As she discovered her aptitude for dance, her love for the art form developed naturally. Neudeck joined teams which eventually pushed her to audition for different shows. She has made appearances on “America’s Got Talent,” “Dancing With The Stars,” and some Nickelodeon sitcoms. Despite the relative fame, she still fondly recalls the first time she felt the thrill of performing.

“The first time I was ever on stage, I remember going back to my family after my performance, and they all went, ‘Oh my gosh, who was that girl on stage?’ I was really excited because this new persona had been exposed. I was not being shy to do facial expressions in front of millions, so it was a big change. But I didn’t get serious about dance until I went on ‘America’s Got Talent,’ when I realized that I loved everything about [dance], both behind the scenes and on set,” she said.

Since then, she has been dedicated to her art, taking two-hour classes in Hollywood twice a week along with the commitment of daily after-school practice.

“My favorite part of dancing is getting to be myself and show my own personality when I’m performing. I especially love being on dance teams because I get to share that with other girls who are similar to me, so we get to have fun with that,” Neudeck said.

Now that Neudeck is a senior captain of the school’s dance team, she’s had to learn to balance that friendly, fun-oriented instinct with the responsibility of leadership.

“As captain, I’ve had to learn what my boundaries are, between being friends and trying to get the team organized,” Neudeck said.

However, Neudeck never wants her dancing to feel like a chore, which is one of the reasons she doesn’t plan to pursue dance professionally in the future. As she is academically strong in other subjects, she doesn’t feel tied down to a career of dancing.

“I will still dance in school and in studios. But I have other interests, like engineering, which I want to explore more. It’s sad that for a lot of people, they end up hating what they do for work, which is why I want to keep dance separate from my profession so I can stay equally passionate about it,” Neudeck said.

In the meantime, Neudeck’s love for dance continues to fuel her diligent work ethic. She strives for greatness while grounding herself in humility, a quality that will take her far in life no matter what path she pursues. 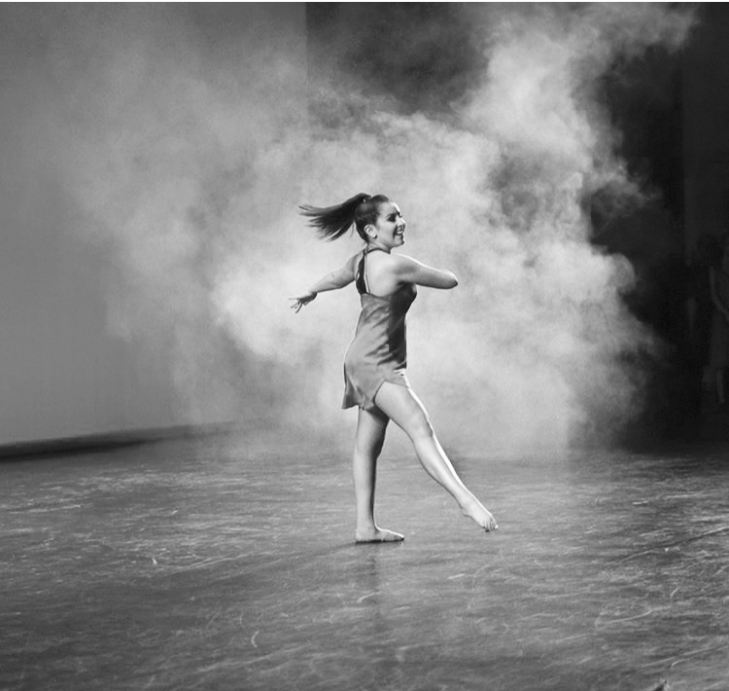 Click here for the Plaid Press Suggestion Form. What do you want to see in the school paper? Who would you like to see featured (people, clubs, programs, classes, etc.)