In a school with such a large population, diversity is inevitable and Granada Hills Charter (GHC) truly embraces it. Students on campus are able to express their individual interests and share it with fellow students through mediums such as on-campus clubs.

During Club Rush, students are exposed to a wide variety of different interests, hobbies and cultures. From clubs such as the Muslim Student Union (MSU) to a club about the television show “Friends,” students are able to advocate for their particular interests and passions.

Such a wide variation is important for students of this generation. Although social media exposes teenagers to an infinite amount of interests, hobbies and friends to share them with, clubs provide students with a sense of socialization that is lacking from merely an app.

Creating valuable relationships at school can benefit students throughout their four year high school career. Clubs promote face-to-face interaction with students and staff which can build a student’s social skills which can benefit them even beyond high school. The common interests of students in the same club catalyzes the socialization process. Students may feel as though the people in the room are just like them and feel more comfortable expressing themselves.

Social media tends to highlight specific interests which can lead to people feeling alone. Often times, interests such as certain tv shows, movies etc. are popularized which leads to teenagers feeling left out if they do not share similar interests. However, during club rush students are exposed to a wider variety of interests that are not focused on in apps such as Instagram and Twitter. This leads to a more positive response from students who do not follow the popularized social norm.

“I opened up my club, because I found out that GHC did not have any Forensic Science classes. In middle school, I was in a Forensic class and I loved it. I planned to continue my passion in high school, but found out it was not offered. So I decided to create the club so that it can become a place where people can share their excitement/ thoughts about it with others and explore it as a potential work and career field as well,” senior and president of the forensic science club Verenisse Carrillo said.

In addition to sharing their interests with their fellow students, clubs are used as a medium to advocate for students beliefs and to be united on the cultural and religious level. In clubs such as Black Student Union (BSU) and Gender & Sexualities Alliance (GSA), students work together to respresent their culture and beliefs. This idea of a union with people of similar backgrounds enforces the idea of cultural appreciation and embracing one’s identity. GHC clubs are open to students of all backgrounds, however. So they also offer the opportunity to gain respect and knowledge about other backgrounds.

GHC provides its students with a valuable medium of expression. It is important for students to be able to share their interests and beliefs with other students in face-to-face interactions rather than behind the screen. 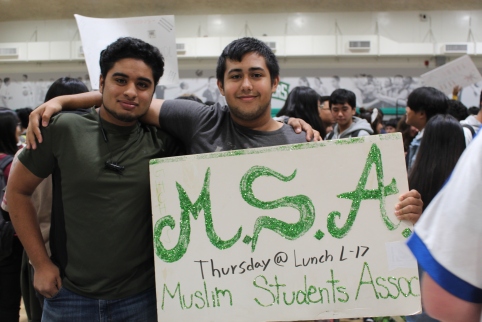 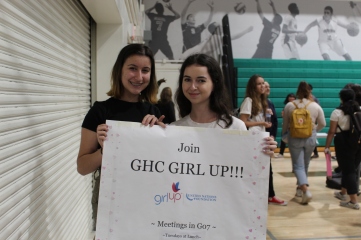